Sex? It’s as old as the thrills! We may think we’re very modern but, as a cultural historian reveals, when it comes to rumpy-pumpy we’re virtual novices — even though for centuries the authorities tried to crush lust into dust

Even I, an Oxford man, did not know the F-word was named after Simon Fukkebotere, a 13th-century butter-churner in Ipswich whose trade was seen to be ‘synonymous with sex’.

I definitely did not know there are 93 penises ‘littered’ throughout the Bayeux Tapestry. I think I thought they were dropped stitches.

Author Fern Riddell also tells us drawings of rude body parts ‘litter cave walls’, and if the Roman town of Pompeii heaved under the weight of phallic statuary, these images were ‘a fetish for fertility, an idolisation of the mother and a celebration of the power of reproduction’.

The alarming carvings found in Celtic churches also had symbolic significance — it was believed ‘the sight of a woman’s vulva would scare away the Devil’, though Peter Cushing relied on a brandished crucifix. 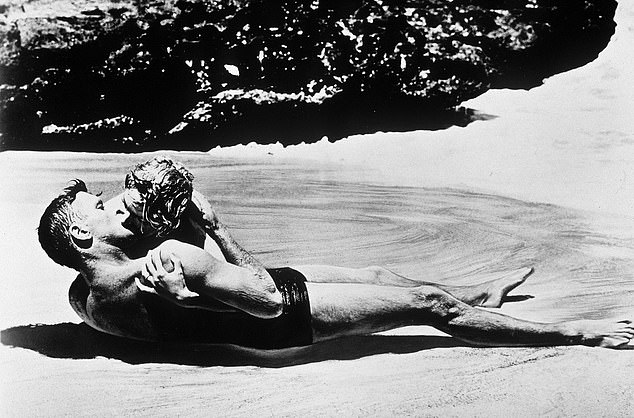 Nevertheless, despite some people trying to argue that sex cured baldness, staved off the plague and prevented ‘stagnation of the liver’, as this book demonstrates, ‘carnal commerce’, rumpy-pumpy or a session in ‘Cupid’s Cloister’ has generally met with ‘medical and governmental disapproval’.

In 1894, John Harvey Kellogg, a doctor and nutritionist, developed cornflakes to try to calm people down, the roughage intended as a purgative. But he didn’t stop there. Kellogg thought male arousal should be discouraged with electrocution of the penis. Weights were to be tied to the testicles.

I wonder what torture he’d have prescribed for Samuel Pepys, who pleasured himself in public, particularly when sitting in church and seeing the Portuguese ladies-in-waiting of Charles II’s wife, Catherine of Braganza. ‘God forgive me for it,’ he wrote in his diary, ‘it being in chapel.’ 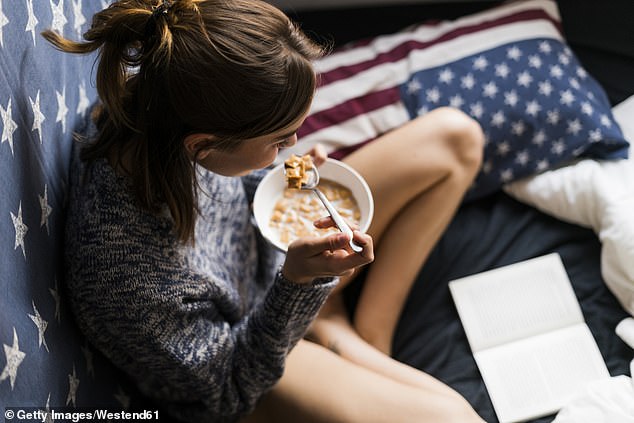 In 1894, John Harvey Kellogg, developed cornflakes to try to calm people down, and thought male arousal should be discouraged with electrocution of the penis (file image of cornflakes)

Queen Victoria did not believe lesbians existed. Why would a woman desire a woman ‘for foul lusts’? On the Continent, however, lesbians were routinely executed. A girl was publicly drowned in Germany in 1477; two girls were tortured in Bordeaux; two nuns were burned alive in Spain.

In England, it was homosexual men who were persecuted — and in the Royal Navy, homosexuality was a worse crime than murder. Deviants were imprisoned for ‘indecency and immorality’, shackled to a treadmill and fed on oatmeal gruel — the ordeal of Oscar Wilde. In 1835, John Pratt (30) and John Smith (41) were hanged for ‘indecently assaulting each other’ in the privacy of a hotel room. Even in the post-war period, Alan Turing was chemically castrated.

Henry VIII wanted to believe priests and monks were guilty of ‘buggerie’ as he needed theological and legal authority for confiscating their lands and money. St Thomas Aquinas had obligingly decreed a homosexual should first lose his testicles, then his ‘member’ and ‘if he does it a third time, he must be burned’.

As Riddell says, however, ‘sex is not something we have ever successfully restrained with laws or punishments’, or anyway not entirely; and there were always private clubs, where chaps could dress up in ‘a cook’s shawl and apron’, flirt with soldiers ‘dressed in the uniform of the Horse Guards’, and cross paths with friends named Orange Mary, Pretty Chris, Hardware Nan and Flying Horse Moll. Which all reminds me of Larry Grayson’s companions, Everard and Pop-It-In Pete, the postman.

Whilst Riddell regrets the hypocrisy and harassment — all the ways human beings have ‘attempted to regulate sex since the dawn of time’ — she also points out that a lot of fun has been had with (to use a few euphemisms) ‘hysterical paroxysms’ and ‘pelvic massage’. I loved hearing about early sex toys on sale in a shop in Leicester Square, such as the ‘fornicatory dolls’ and mysterious ‘Parisian Rubber Articles’. 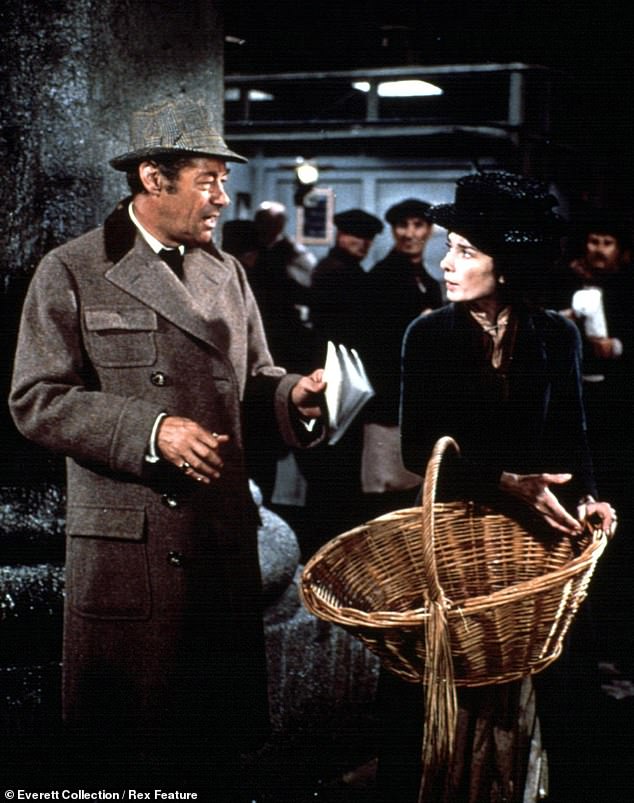 She points out that Eliza Doolittle, portrayed by Audrey Hepburn in My Fair Lady (pictured), insists ‘I’m a good girl, I am!’ when plucked from the gutter by Professor Higgins as she came from an area of London renowned for child slavery and abuse

Edward VII’s queen, Alexandra, actually commercially endorsed something called a ‘motorised saddle’. The mind boggles, though she was Danish.

Spanish condoms were ‘extra strong and large in size’, so no wonder the Costa Brava would become a popular holiday destination. Condom boxes were camouflaged as cigarette packets and could be customised with regimental colours. It’s a sign of how sex was generally ‘not fit to be named among Christians’, however, that birth control pamphlets were banned as obscene and the authors arrested. Customs and Excise were always keen to seize pornography.

In 1874, 130,248 photographic plates and slides were confiscated. If only James Joyce’s correspondence had been intercepted — a note to Nora, telling her she’d soon ‘begin to groan and grunt and sigh and fart with lust’ sold at auction the other day for £240,000.

Riddell’s book grows dark in subject-matter when she sees how proletarian women were burdened with unwanted pregnancies, raped with impunity and driven by poverty into prostitution.

She points out that Eliza Doolittle, though a flower-seller when portrayed by Audrey Hepburn in My Fair Lady, came from an area of London renowned for child slavery and abuse. ‘I’m a good girl, I am!’ Eliza insists, when plucked from the gutter by Professor Higgins. The seemingly jolly musical has a sinister undercurrent, about power, class and control.

As we discover from Riddell’s survey, sex-wise there is nothing new under the sun. It’s all been going on for centuries. Birds do it, bees do it, even educated fleas do it, and have done since the year dot. 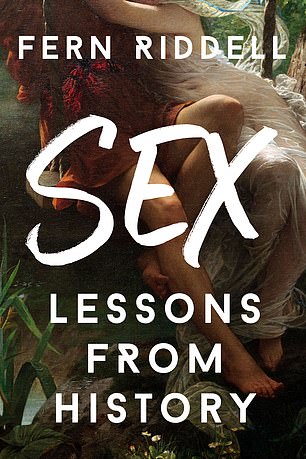 Even switching gender, which we hear so much about today, is not a novelty. In 1906, Martha Baer underwent surgery to ‘defeminise her body’.

With the help of Dr Magnus Hirschfeld, who ran Berlin’s Institute for Sexual Research, which offered ‘counselling, sex education, advice on birth control’ and fought ‘for the acceptance by society’ of people otherwise deemed deviant, Baer brought a legal case for an acceptance of her body and person as male. (Germany as a centre of sexual liberation was quickly shut down by the Nazis — though I always found their uniforms and leather fetish somewhat camp).

The difference in the 21st century is that sex is all about the individual — it has become narcissistic, with people wanting to present themselves as perfect on social media. Everything is virtual.

There is an avoidance of actual relationships, perhaps because relationships are messy, fraught with danger and unpredictability. Hurl a pass and it goes wrong, flirt and it misfires — you can be in instant and lingering hot water. What people are wedded to instead are their smartphones.

As Riddell, a distinguished cultural historian and media personality, shows, we think we are modern and permissive. We are not. And the tragedy is that the idea of sex as a shared experience now makes everyone wary.

So, take it from an old hand, sex is only dirty if you are doing it right.

When It Comes to Her Relationship History, Nancy Jo Sales Is an Open Book