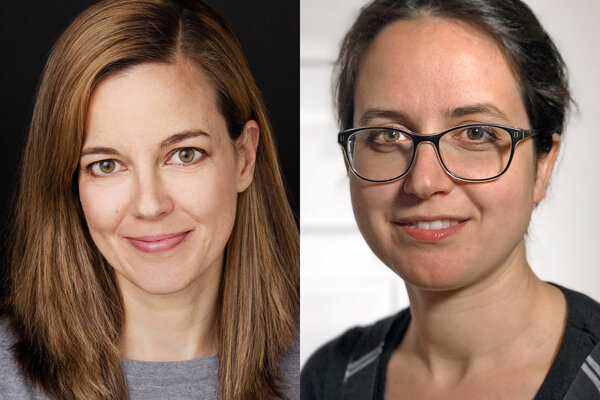 WE WANT WHAT WE WANT
Stories
By Alix Ohlin

PREPARE HER
Stories
By Genevieve Plunkett

Alix Ohlin’s “We Want What We Want” and Genevieve Plunkett’s “Prepare Her” differ considerably in tone, but the story collections share a preoccupation with desire, alienation and loss. Even in absentia, runaway mothers, ex-lovers and estranged husbands animate the psychological dramas of these lonely-heart protagonists.

The title of Ohlin’s sixth book comes from the pseudo-spiritual perambulations of an unlikely cult leader in the story “The Brooks Brothers Guru.” “Schopenhauer knew that human desire caused pain and difficulty in the world, but our will is intractable,” he lectures. “We want what we want. So what do we do about this? How do we find relief?” These questions bring into focus the collection’s theme, exploring desire and grief through a finely drawn and eclectic cast of characters.

In “Casino,” the voice of a late husband consoles the narrator while she’s down $100 gambling, and has just encountered her runaway daughter’s ex: “It’s OK to lose,” the voice says, “as long as you prepare for it.” In “The Universal Particular,” loss does not manifest as a discrete event so much as an accretion of abandonments within a loveless marriage. “Now somehow all he can do is keep rushing headlong into the days,” Ohlin writes of the husband, “no matter how stupid the days are.” In “Service Intelligence,” a college dropout and her middle-aged divorcée neighbor team up as undercover shoppers, reporting businesses that don’t card or break other laws. In a fiery, moving moment, the younger woman finally admits: “I’m not heartbroken. … I’m full of rage.”

Ohlin’s sly irony leavens the aching plights of characters for whom closure is unattainable. In “FMK,” Sonia happens upon a former lover at a funeral, and stumbles into articulate truths: “I thought … the world was a worse place with the loss of each and every person, and that the moment of this loss deserves its due. That to run away from death was to refuse value to life. As it turned out, I was wrong.” For Ohlin’s true-to-life characters, relief comes for mere moments, if at all.

Plunkett’s title, meanwhile, comes from a story in which the protagonist, Rachel, hears the critical voices of her mother and her ex-husband playing in her head as she’s struggling with a willfully constipated daughter. “You have failed to prepare her,” the voices say, meaning Rachel hasn’t taught her daughter enough about her body. “Prepare her. It means more than she wants it to. She is on the verge of something terrible, something unspeakable.” The “unspeakable” — the threat of sexual maturity and of men’s looming desire — pervades the book.

In the opening story of this uncanny debut, Allison, a recently separated violist, retreats to her mother’s house with her young son. Her in-laws have been icy, her husband mediocre and her own musical aspirations left behind. “And then one day,” Plunkett writes, “a change occurred, marked by a dream. It was one of those dreams where very little happens, but something is injected under the surface, into the commotion of life.” The author may as well be describing her own aesthetic: dreamlike, atmospheric stories that revel in haunting, protracted tension.

Plunkett’s most magical pieces call to mind Shirley Jackson’s domestic literary horror, but weirder. In “Schematic,” a young boy is left to confront his grandmother’s death alone and, in his terror, meets with a troubling doppelgänger he can’t understand. In “A Bone for Christmas,” Petra, a social worker, must contend with a threatening, gun-wielding client. Uncertain as to what exactly happens to her, we are left instead with her young son and the “pulsing nothingness in his head.” In “Gorgon,” the narrator’s search for a disembodied head proves a vivid metaphor for the gruesomeness of her adolescent sexual awakening.

Before the final, title story’s fittingly chilling end, Rachel lapses into lyric meditation on a woodland walk: “Nature has no style, no predictable emotional cues. … A tree made into a chair, Rachel thinks, can bring such precise, harmonious longing, but a tree when it is just a tree demands something unbridled, rhapsodic.” If art is control and precision, the unbridled life that inspires it is too sweeping and wild to be accurately captured. Yet Plunkett is a writer of such extraordinary power that she’s able to summon the unknowable chaos into spellbinding story.