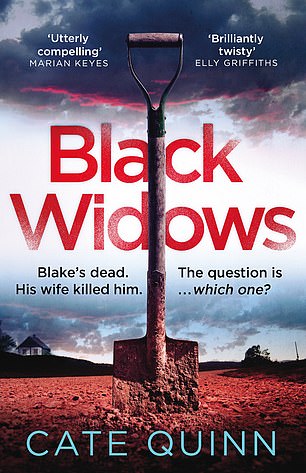 This serpentine, elegant debut from an acclaimed historical novelist starts with an intriguing premise. Blake Nelson, a Mormon — though he prefers to call himself a Latter-Day Saint — has married three women and lives with them on an isolated ranch miles outside Salt Lake City, Utah.

The first wife, Rachel, is a faithful follower of the church, obedient to a fault. The second, Tina, used to work in Las Vegas and is everything Rachel is not, including streetwise. The third, Emily, the youngest, whom Blake picked up in a diner, seems to live in a fantasy world of her own.

Then Blake is found hanged by his own belt from a juniper tree beside a river where he likes to fish. Suspicion immediately falls on the three wives, as there are signs of a struggle. But which one could have killed him and — more importantly — why?

Written with great panache, it superbly evokes the lives of all three women and the secrets they hide. This story lingers in the memory.

Body parts are washing up on the banks of the Thames and DI Anjelica Henley is sent to investigate. She quickly concludes that they must be the work of convicted serial killer Peter Olivier, who dismembered his victims.

But that is impossible, as she helped to bring him to justice and was stabbed by him in the process, forcing her to stand down from frontline policing for months. But if the killer isn’t Olivier, who is it? Someone copying his work, or an old accomplice?

She visits her nemesis in jail, much as FBI agent Clarice Starling went to visit Dr Hannibal Lecter. As the death toll grows, Olivier decides to find out who is responsible and escapes by feigning a heart attack.

So begins a spellbinding game of cat and mouse between the serial killer and a haunted detective as the body parts accumulate, with chilling echoes of Thomas Harris’s The Silence Of The Lambs. 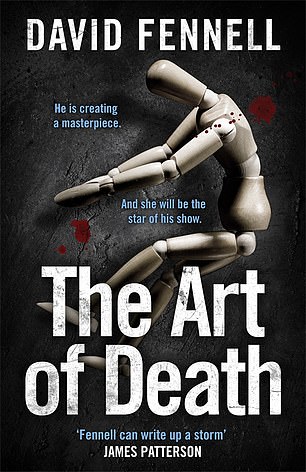 THE ART OF DEATH

At the opening of cyber security expert Fennell’s first novel, an underground artist leaves three glass cabinets outside the church of St Martin-in-the- Fields in London. Each contains the floating corpse of a homeless man.

It is the first of a series of gruesome art installations across Central London — from Little Venice to Highgate. The cabinets are traced through social media and a mysterious figure known only as @nonymous emerges, who proceeds to live stream some of his killings.

Newly promoted DI Grace Archer becomes senior investigative officer on the case, along with blunt-speaking DS Harry Quinn — but what she does not know is that there is history at work: 18 years ago she escaped a serial killer, and @nonymous has her in his sights as his final ‘art’ installation.

Written with a clear grasp of social media, the story simply bristles with invention — though it is not for the faint-hearted.

It Takes Gumption to Work on a Novel For 10 Years. Ask Angeline Boulley.