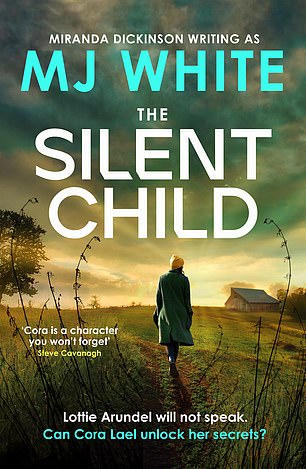 Lottie Arundel is a troubled teenager who stopped speaking completely a year ago. She communicates using a tablet, but won’t explain to anyone why she has become an elective mute. Psychologist Dr Cora Lael is the latest expert to try her hand at getting through to her.

As she begins, her colleagues at South Suffolk CID are called out after the discovery of the body of a youngish man in a disused farm buried beneath a pile of clothes. It turns out to be a popular teacher from Lottie’s school.

Why was he killed and dumped there? Could it have something to do with drug gangs? DS Rob Minshull leads the investigation, and it emerges Lottie was one of the murdered teacher’s pupils.

Add into the plot a rural vigilante group intent on taking justice into their own hands and you have the ingredients for a riveting story with the chilling threat of child abuse at its heart and characters to cherish — as well as a great twist at the end.

For ever known as the ‘memory man’, FBI agent Amos Decker, who is blessed (or is it cursed?) with exceptional recall as a result of an injury playing American football, is asked to investigate the butchering of a federal judge and her bodyguard at her­ ­luxurious Florida home.

Just hours earlier, one of Decker’s close friends committed suicide while he was speaking to her on the phone, which shakes him to the core.

This is classic Baldacci, famously a creator of stories that start with a bang and never slow down.

Working with a new black female partner, Frederica White — who finds the sometimes enigmatic Decker difficult to deal with — the pair quickly realise that the judge did not have a need for a bodyguard at that moment. Besides, why was he shot, when she was stabbed?

Slowly the ugly realities of political corruption creep out from the shadows as Baldacci reveals once more why he is one of the world’s great story tellers, and Decker one of his finest creations. 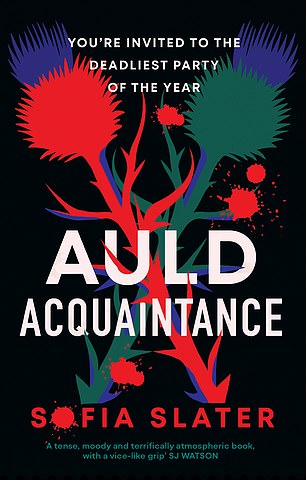 This engaging debut from a young American now based in London features another variant of the locked room mystery. This time everyone is trapped on an isolated Hebridean island that no one can escape from because an Atlantic storm has blown in. .

Everyone thinks they’ve been invited by someone they know for Hogmanay, but that isn’t true. Things turn out differently from what they expect.

It is told from the point of view of a young charity worker who is struggling to find a new job, but has decided to go to the celebration in the hope of meeting her old boss, whom she liked.

The only house on the island is a ramshackle Scottish baronial pile run by a frightening housekeeper with a taste for whisky. Everything starts to fall apart on New Year’s Eve when one of the guests disappears, but that is only the beginning of the mayhem.

Creepy and claustrophobic, it never loses its spell and reveals that Slater is an interesting new talent.

Beneath Her Decorous Demeanor, ‘Lady Bird Johnson’ Was a Political Force