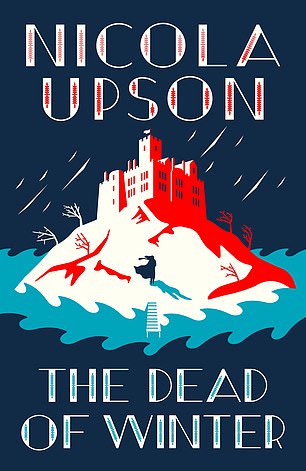 THE DEAD OF WINTER

Familiar names are intrinsic to Nicola Upson’s crime fiction. In this story, Josephine Tey, herself one of the greats of the golden age of crime writing, is invited to a Christmas celebration on a Cornish island.

Among the guests is no less a star than Marlene Dietrich, there as part of a fundraising campaign on behalf of refugee children from Nazi Germany.

But what should be a happy occasion turns nasty when the island is cut off by violent storms and there are two unnatural deaths to explain.

Tey and Dietrich are strong on observation and sound common sense but much of the hard detective work falls on Tey’s long-time friend, Chief Inspector Archie Penrose, who happens to be Dietrich’s police escort.

In a tightly structured plot, the feeling of menace and fear is kept at a high pitch by first-class writing.

DEATH AND THE BREWERY QUEEN

There’s trouble at the Barleycorn Brewery. The owner is losing his grip while those about him are not to be trusted, least of all the young tearaway who aims to take over the firm.

When a saboteur poisons the ale, Kate Shackleton, private investigator, is called in.

But before she can get to grips with the case, the one person in the business who knows what is going on is killed by a hit-and-run driver.

When another death follows, Kate finds herself acting as chaperone for the sparky young lady who is in competition for the first ever Yorkshire Brewery Queen. But she, too, has her problems, not least an abusive father who is also a murder suspect.

Frances Brody weaves into her story Kate’s concern for the social challenges of the inter-war years.

The result is a novel that combines clever detection with a sympathetic understanding of human frailty. 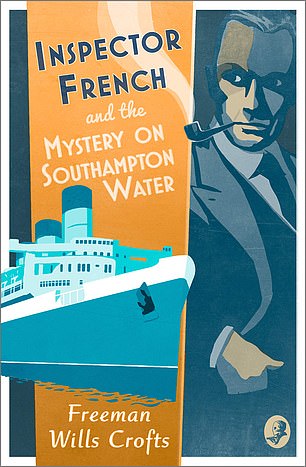 INSPECTOR FRENCH AND THE MYSTERY ON SOUTHAMPTON WATER

An appreciation of vintage technology comes in handy for keeping pace with Freeman Wills Crofts.

This prolific author was an engineer whose expertise in all things mechanical he shares with his alter ego, Scotland Yard’s Inspector Joseph French.

In this adventure, two companies are in fierce competition to gain the upper hand in the production of high-quality cement. When one of them hits on a winning formula the rival, threatened with bankruptcy, must retaliate, even if this means resorting to industrial espionage and murder.

The machinations of low finance are cleverly conveyed, but it is when French has to explain how a boat has been blown apart, causing multiple deaths, that the story takes hold as an exercise in scientific ingenuity.

Sally Rooney to Publish ‘Beautiful World, Where Are You’