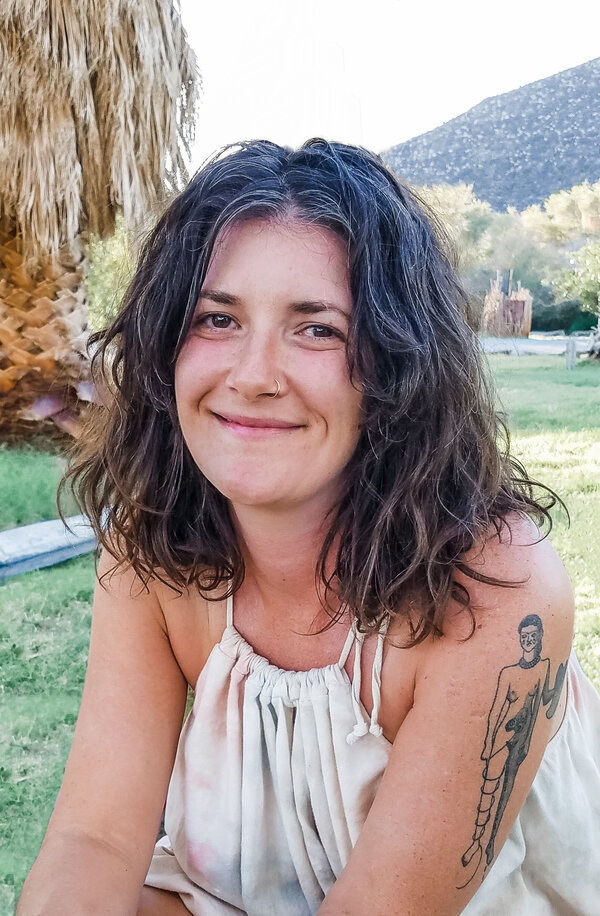 You might easily miss the words “a novel” — printed almost apologetically off to one side in small, fine, white cursive — on the cover of “I Love You but I’ve Chosen Darkness,” Claire Vaye Watkins’s third work of fiction. The immediacy of the first-person voice, notable even in the title, suggests we may be reading a memoir. So does the narrator’s name, which, as it happens, is Claire Vaye Watkins. And so does the first sentence: “I’ve tried to tell this story a bunch of times.”

But this is indeed a novel, and it’s an intense, intelligent and bristly one about a young writer who abruptly abandons her husband, their months-old baby and “the house-proud resource-hoarding” life she’s been living in Ann Arbor.

Watkins’s previous books are “Battleborn” (2012), a collection of stories, and “Gold Fame Citrus” (2015), a novel. Here she establishes her narrator’s “despair, bewilderment and rage” with a device that made me laugh out loud: a description of her attempt to complete the 10-item Edinburgh Postnatal Depression Scale. Her doctor husband, Theo, peers unhelpfully over her shoulder. About him, she explains, “I’ve disguised his name because he is innocent.”

“I Love You but I’ve Chosen Darkness” can be difficult to track; characters appear without backgrounds, prose unfolds as poetry, material is quoted at length from the author’s father’s 1979 memoir, “My Life With Charles Manson,” as well as from the narrator’s mother’s letters to a cousin. Watkins’s pre-verbal baby rants at her “bitch mama,” as if she’s the evil twin of Ian McEwan’s acerbic fetal narrator in “Nutshell.”

This novel’s sweaty urgency, its ambitious disruption of form and content, makes it tough to criticize. Over the course of the book, Claire (the character, that is) dredges up and sifts through her past while at the same time shedding everything in her present, including, briefly, her iPhone. This approach works nicely, even if a slice of her mother’s back story is told through sets of letters so dull only a daughter could love them, a fictional technique Nabokov called “a sure sign of a certain weariness on the part of the author.” Perhaps. But most prose wouldn’t stand up against the narrator’s breakneck pace, frightening honesty and biting, self-deprecating humor.

The letters are a quibble in a book this angry and alive. Where else would you find a woman sporting an actual vagina dentata (medically speaking, a dermoid cyst) choosing “to behave like a man” by bravely making a run for freedom? And like men, when they (not infrequently) leave behind babies they don’t enjoy tending to, Claire makes an unholy mess of her carefully constructed life and then has to decide whether she can — or wants to — put any of its parts back together.

As Watkins writes, in a virtuoso performance of a chapter titled “How I Like It,” “I am not choosing darkness, but darkness is choosing me.” Maybe, but by nourishing her complicated desires, she holds on. Perceptive and shameless, the narrator confesses: “I like it when a word goes meaningless from prayer, a word like death, a word like daughter, a word like wife. I like it after rich bitch yoga in a strip mall.” A couple of pages later, she goes on: “Pull my hair. Be kind to all plants and animals and children. Leave me alone. That’s how I like it.” Me too, Claire Vaye Watkins, me, too.