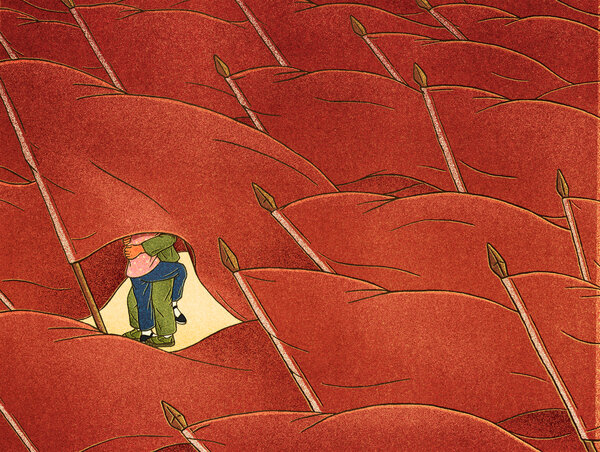 HARD LIKE WATER
By Yan Lianke
Translated by Carlos Rojas

Is there really anything that distinguishes an extramarital affair from a revolution? Both entail a disdain for staid traditions, an ability to convincingly lie about your whereabouts, regular attendance of clandestine meetings and the full knowledge that someone (maybe even an entire class of people) is going to get hurt. In “Hard Like Water,” the latest novel by the controversial Chinese author and satirist Yan Lianke to be translated into English, Mao Zedong’s Cultural Revolution is the backdrop for an illicit romance between two committed party members, Gao Aijun and Xia Hongmei. At the time, adultery was considered a symptom of lingering bourgeois tendencies, but Aijun and Hongmei reject the notion that they cannot be faithful to the revolution while being unfaithful to their spouses. After all, what is a Marxist dialectic if not an acknowledgment of irreconcilable differences?