Call the war zone midwife: From Malaria to gunshot wounds, Anna Kent speaks about her life on the frontline

‘It’s called a buzz,’ a fellow passenger told Anna Kent as their plane plummeted towards South Sudan. The sudden dive was designed to scare cattle from the muddy runway. So she relaxed until she saw the burned-out aid plane beside the runway.

The 26-year-old British nurse was on her first mission as an aid worker with Medecins Sans Frontieres; that morning she had woken up in her flat in Nottingham. Now she was skidding into a war zone.

Within minutes MSF’s first patient was aboard, a woman on a stretcher breathing with shallow rapid breaths, flies hovering around her mouth. ‘This woman had no midwife,’ Kent was told. ‘The civil war took it all from her so the baby died within her… now she’s septic and maybe she will die.’ 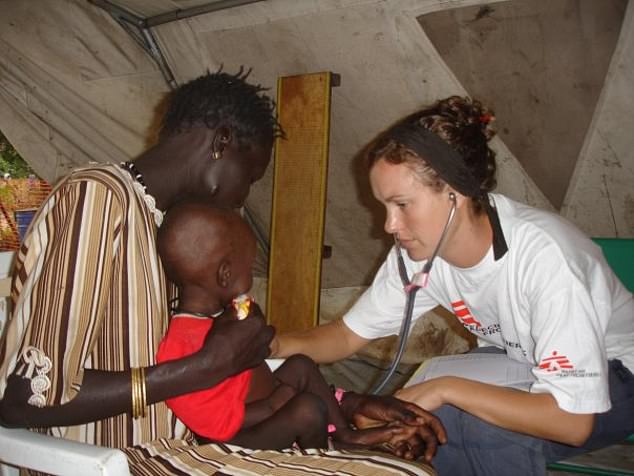 Kent’s superficial air of confidence evaporated in a moment. ‘I felt totally helpless. Back in the UK she would be hooked up to bleeping monitors and here she is, bundled under a few dirty sheets, her IV attached to a fraying string.’

Kent knows stories like this are hard for us to read. When people ask her about aid work they ‘expect an inspiring story, where good inevitably wins over evil’. This was the story she planned to be part of when she volunteered for MSF in 2007.

As a child growing up in a sleepy Shropshire village in the 1980s, Kent had been deeply affected by the plight of the starving Ethiopian children she saw on TV. ‘I wanted to help. Simple as that, or so I thought.’

On that first placement in South Sudan, she would treat landmine victims, malaria, malnutrition, cholera and gunshot wounds in a shockingly flimsy clinic ‘plonked in the middle of mile upon mile of baked brown earth’. 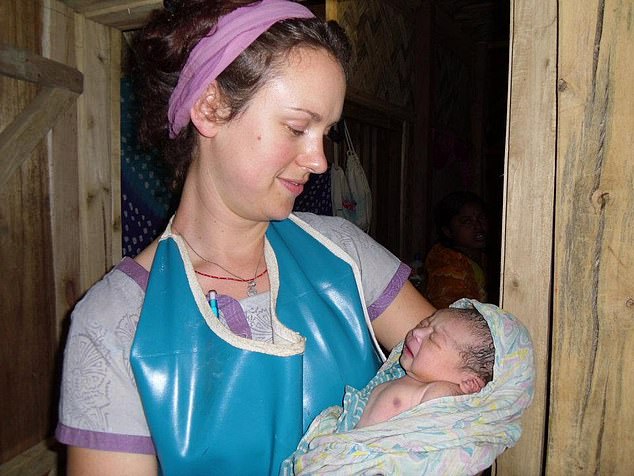 Kent is direct about the way aid work made it difficult for her to fit in back home. She struggled to connect with old friends who couldn’t understand the trauma of war zone life

Patients who had walked for days seeking treatment must wait under the lone tree to be examined in a rusty old dentist’s chair. Despite her limited experience, she found the rewards of assisting in childbirth so great that she was inspired to train as a midwife when she returned to the UK. She went on to help hundreds of women and babies in Haiti and Bangladesh.

Kent is direct about the way aid work made it difficult for her to fit in back home. She struggled to connect with old friends who couldn’t understand the trauma of war zone life, and the sight of British people throwing away food and arguing over wedding arrangements made her furious.

Kent now works as a midwife in the understaffed NHS, and while she is frustrated that a country as ‘developed’ as ours doesn’t employ more midwives, she’s also happier than she has ever been. She doesn’t want readers to draw ‘tidy conclusions’ from her riveting tale. But experience has taught her that the complex, harrowing reality of humanitarian crises cannot — should not — be reduced to feel-good narratives for self-congratulatory Western consumption.

She doesn’t apologise for the graphic scenes she describes in her extraordinary memoir, and her frankness about them makes the many moments of ‘joy, heroism and laughter’ she describes shine all the more intensely.