Bruce Pascoe's ground-breaking account of the birth of agriculture in Australia, which challenged the idea Aboriginal people were merely hunter-gatherers was the first pick of the inaugural Parliamentary Book Club.

Federal parliamentarians will read the 2014 awarding-winning non-fiction book after the public has been given the chance to nominate books written by an Australian and published in the past five years. 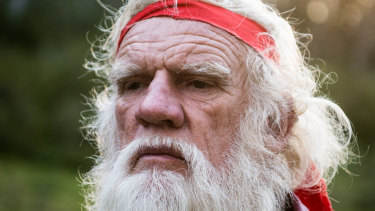 Parliamentary Book Club co-chair Liberal Senator Hollie Hughes, who along with Labor's Graham Perrett led the initiative, said Dark Emu had been a front runner from the start.

"I just love that even in this digital age, the power of books and reading and the way it connects people remains so strong," she said. "Bruce Pascoe has obviously captured the imagination of Australians in his telling of our Indigenous history and the land and making the reader consider and understand the level of agricultural sophistication that was being practised." 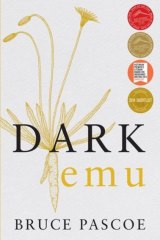 Dark Emu had been a frontrunner from the start

Hughes said she looked forward to the bipartisan discussion at book club.

"These are the debates that aren’t often had in Parliament so it will be good to see how we go when discussing books, not policy."

The initiative was the work of the Australian Publishers' Association, Books Create Australia, a coalition of book industry peak bodies, and the newly reconvened Parliamentary Friends of Australian Books and Writers. It aimed to promote public interest in reading and create new avenues of deep political engagement with Australia's best writers and thinkers.

Dark Emu explored sophisticated land management systems of pre-colonial Aboriginal society and called for a recognition of this past in order to address Australia's shared future.

Reacting to the news, Pascoe said his book was as much about the future of land management as it was about the past.

The first Parliamentary Book Club will be held in the February sitting period, on a date to be settled.

Pascoe and Rachel Bin Salleh, publisher of Magabala Books, will travel to Canberra to discuss the book with politicians.

Other books with a high number of nominations included: No Friend But The Mountains by Behrooz Boochani; Eggshell Skull by Bri Lee; Miles Franklin Prize winner Too Much Lip by Melissa Lucashenko; and Call of the Reed Warbler by Charles Massy.

All politicians were invited to engage with their constituents about the book, ahead of the next round of nominations in 2020.

Why the Bee Gees really can keep you STAYIN' ALIVE!