“I know every person has their own truth,” Tove Ditlevsen writes in “Childhood,” the first volume of her beautiful and fearless memoirs. “Fortunately, things are set up so that you can keep quiet about the truths in your heart; but the cruel, gray facts are written in the school records and in the history of the world.”

That the Danish author (1917-76) was famous in her own country by her 20s, writing a major body of work that includes 11 books of poetry, seven novels and four story collections, doesn’t mean that expressing those truths came easily. The facts of her early life in a rough corner of Copenhagen’s Vestebro district were gray and often cruel enough: Hitler was rising to power, her father lost his job, Ditlevsen’s education ended with middle school. Her comely, mercurial mother mocked her desire to be a poet, telling her that “everything written in books is a lie.” The best she could hope for was marriage to “a stable skilled worker who comes right home with his weekly paycheck and doesn’t drink.”

But as the author-to-be went about her housework, “long, mysterious words began to crawl across my soul like a protective membrane. … When these light waves of words streamed through me, I knew that my mother couldn’t do anything else to me because she had stopped being important to me. My mother knew it, too, and her eyes would fill with cold hostility.”

Ditlevsen’s memoirs, now published in a single volume titled “The Copenhagen Trilogy,” originally appeared in Danish as separate books: “Childhood” and “Youth” in 1967; the astonishing third, “Dependency,” in 1971. Read together, they form a particular kind of masterpiece, one that helps fill a particular kind of void. The trilogy arrives like something found deep in an ancestor’s bureau drawer, a secret stashed away amid the socks and sachets and photos of dead lovers. The surprise isn’t just its ink-damp immediacy and vitality — the chapters have the quality of just-written diary entries, fluidly translated by Tiina Nunnally and Michael Favala Goldman — but that it exists at all. It’s a bit like discovering that Lila and Lenú, the fictional heroines of Elena Ferrante’s Neapolitan quartet, were real. Ditlevesen’s Istedgade Street is every bit as pungent (and perilous) as Ferrante’s stradone.

[ “The Copehnagen Trilogy” was one of our most anticipated titles of January. See the full list. ]

Why, exactly, it has taken so long for Ditlevsen to come to the wider attention of Anglophone readers is a question that summons a certain deja vu. We ask it whenever singular voices are “discovered,” such as the Brazilian modernist Clarice Lispector, or the brilliant Hungarian novelist Magda Szabo, or the prolific American short story author Lucia Berlin. The very framing of the question — “discovered” by whom? — points to the degree of whim and bias at play when the literary establishment considers which writers to translate, whom to grant cultural authority and a place in the collective consciousness. 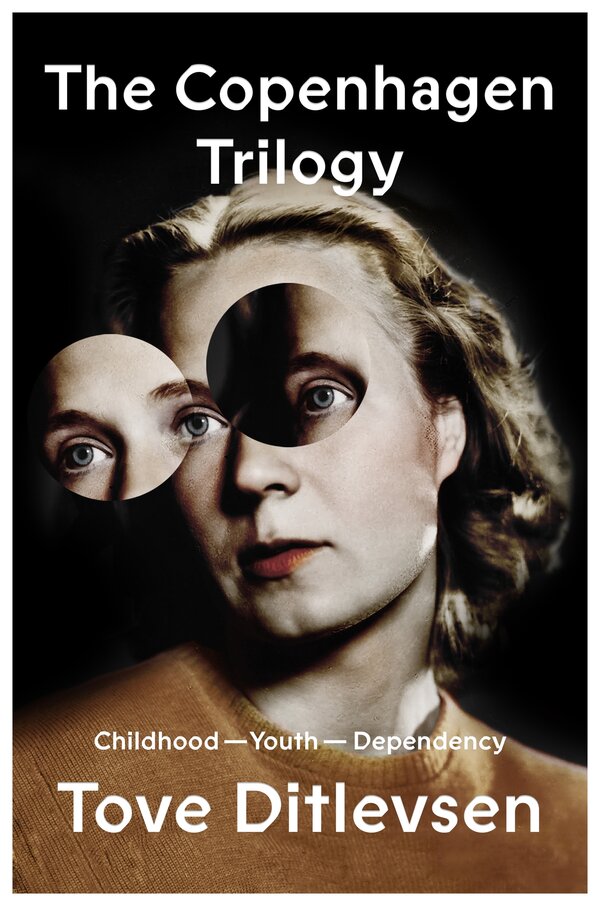 One thinks also of Edna O’Brien, or Jean Rhys, women who craved a different scale of existence than what the history of the world had countenanced, never mind the stakes for gifted, sensitive girls with no money. Like O’Brien and Rhys, Ditlevsen wanted love, children, art, a home — “to be the painting and the painter,” as the portraitist Alice Neel put it — and paid a price in radical isolation, though she was rarely alone, her doomed vivacity a siren song for certain men. She died by her own hand at 58, and fell out of favor as a “popular” writer, that descriptor employed to dispatch successful women from critical history. But a younger generation of writers, including Dorthe Nors, who has described Ditlevsen as “the Billie Holiday of poetry” for the accessibility of her complexity, has found in her the kind of literary foremother she might have longed for herself — a woman who traveled to the edges of all the rocky outcroppings and reported back with a rueful honesty and a bracing lack of vanity.

It seems right, then, that Ditlevsen’s own mother figures so prominently early in these memoirs, her love for her daughter perceptible, if barely, through the twisted scrim of her own thwartedness. Young Tove can already read and write on her first day of school, and the principal rebukes her mother for teaching her too early. “My mother moves a little bit away from me and says faintly, ‘She learned it by herself, it’s not our fault,’” Ditlevsen writes. “I look up at her and understand many things at once. She is smaller than other adult women, younger than other mothers, and there’s a world outside my street that she fears. And whenever we both fear it together, she will stab me in the back.” Her mother’s hands, she notes with distaste, smell of dish soap.

Ditlevsen’s faceted truths tend to cut in more than one way — a jab in the heart, a slash to the throat. The confirmation party her mother throws to usher her, at 14, into the working ranks is another set piece of tenderly wrapped horror. The trap of filial piety isn’t lost on Ditlevsen, but escaping a fate of low expectations and lower-paying jobs is never as simple as recognizing their cruel, gray facts. At first, she plays this for bruising comedy, recounting a stint as a nanny to a small boy who tells her, “You have to do everything I say or else I’ll shoot you.” When she finally earns enough money to rent that essential room of her own in which to write, it is in a flophouse run by a blowsy Nazi who blasts Hitler’s speeches on the radio but complains about the clatter of Ditlevsen’s typewriter.

By her early 20s, Ditlevsen has married her first editor, a stout, impotent man three decades her senior who prints her work in his small literary journal, a spin on the “stable skilled worker” her mother imagined as her destiny. (Ditlevsen publishes her first book of poetry, “Girl Soul,” in 1939, her truth-telling landing her a devoted readership.) But nothing in her memoirs’ first two volumes quite prepares you for what’s to come. Her third marriage, to a sociopathic doctor who injects her regularly with Demerol — “the name sounds like birdsong” — nearly kills her. It does kill, for years, her urge to write, the protective membrane of words that has accompanied her since childhood dissolving into chemical oblivion. So unsparingly abject is her rendering of addiction — I frequently found myself having to pause, finger in book, and take a breath — that an episode involving Evelyn Waugh, whom she charms at a literary party before being dragged off humiliatingly by her lunatic husband, has an almost leavening effect.

In the annihilated aftermath of her third divorce, the words return, and Ditlevsen publishes, in 1968, her great novel, “The Faces.” Republished in Britain this year, it captures the dissociated mental state of a children’s author, Lise, who hallucinates voices and faces, the latter — disembodied, floating, often those of children — inspiring the book’s singular prose. “Some of them, especially girls, had had to live out their mother’s childhood while their own lay hidden in a secret drawer,” Lise explains. “Their voices would break out of them like pus from a sore, and the sound would frighten them, just like when they discovered that someone had been reading their diary, even though it was locked up among the junk and old toys from the time they had worn the discarded face of a 4-year-old. That face would stare up at them from among the tops and crippled dolls with innocent, astonished glass eyes.”

As the paranoid Lise grows convinced that her husband is plotting to induce her to commit suicide, the voices ratchet up, accusing her of various offenses: of being an inattentive wife, an inconstant mother, a solipsistic writer. “You’ve never seen anything but yourself in the whole world,” she envisions her beloved daughter, Hanne, admonishing her. That madness can be more incisive than the rational is the novel’s resonant irony, one that still lands. So, of course, does the crime of female subjectivity, of believing oneself a worthy literary subject, capacious enough to contain multitudes.

A half-century later, all of it — her extraordinary clarity and imperfect femininity, her unstinting account of the struggle to reconcile art and life — still lands. The construct of memoir (and its stylish young cousin, autofiction) involves the organizing filter of retrospection, lending the impression that life is a continuous narrative reel of action and consequence, of meanings to be universalized. Ditlevsen’s refusal to present her failings as steps on the path to some mythical plane of self-awareness reminds me of how potent the form can be when stripped of that pretense. Only at the conclusion of her memoirs, where we find her as she was when she wrote them — clinging to scraps of herself, a stranger to her children, gingerly returning to the page, the hunger lingering in her veins — did I really understand what occasioned these rare and indelible texts: the desire to be rid, finally, of her shame. Ditlevsen’s voice, diffident and funny, dead-on about her own mistakes, is a welcome addition to that canon of women who showed us their secret faces so that we might wear our own.