Barking brilliant! Our critic picks animal reads with a great pedigree to gift this Christmas 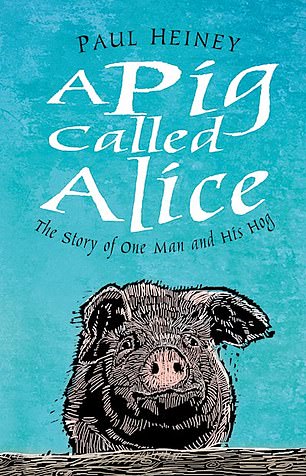 It’s often said that pigs are smarter than dogs, but it’s rare to find a farmer who regards his hog as man’s best friend. In this slim volume, Paul Heiney, the former That’s Life! presenter and journalist, tells the story of his beloved Large Black sow Alice — not so much a barnyard animal as a confidante and counsellor.

Alice arrived as a piglet at the Suffolk farm the author shares with his wife, Libby Purves, and became a celebrity through her appearances in his shows and columns, receiving sacks of fanmail.

Any animal-lover will long for a pet like Alice, though pig fanciers have to be aware that the object of their affections might fancy them back — and it’s always best to carry a bucket to fend off a sow who wants to be more than friends. Not since P. G. Wodehouse’s tales of Blandings Castle and Empress the prize porker has a book about a pig been so entertaining. 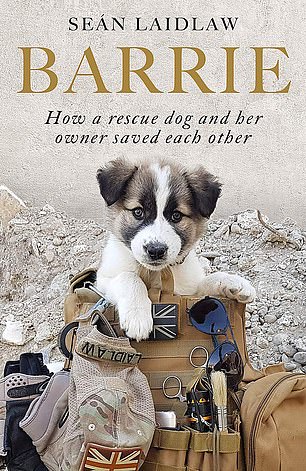 For many men, some memories are too painful ever to share with other people. It’s then that we need our dogs most, as former Royal Engineer Sean Laidlaw discovered during three months working as a bomb disposal expert in Syria.

Under the rubble of a school in Raqqa, he found a terrified puppy and gradually won her trust. He named her Barrie, and she became his inseparable companion (pictured above). The hours spent training her gave him respite from the daily horrors he saw.

When he returned to Britain, Sean thought he would never see Barrie again. But they were reunited, thanks to the War Paws charity, and, for the past year, man and dog have been inseparable again while he recovers from the trauma of service in Syria. ‘It may come across that I saved Barrie’s life,’ he says, ‘but I feel like she saved mine.’ 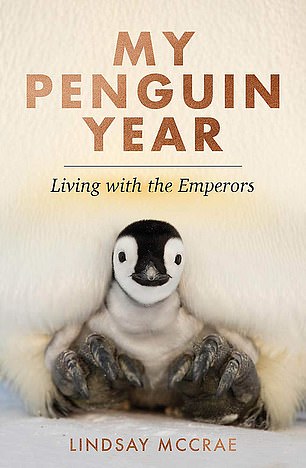 Few wildlife documentaries have stirred more controversy than David Attenborough’s Dynasties, which recorded the lifecycle of emperor penguins over an eight-month winter in the Antarctic.

When the crew intervened to save a group of birds trapped in a ravine, some scientists accused them of interfering with the course of nature.

Cameraman Lindsay McCrae was just 29 when he travelled to the ends of the Earth for that remarkable BBC film. Here, he explains not only the emotions that drove the crew’s decision to save the penguins, but the ordeal behind it. Ten thousand miles from home, and absent for the birth of his first son, McCrae battled sub-zero hurricanes to capture his unprecedented footage. Part adventure story, part evocation of the last untouched place on Earth, this is mesmerising. 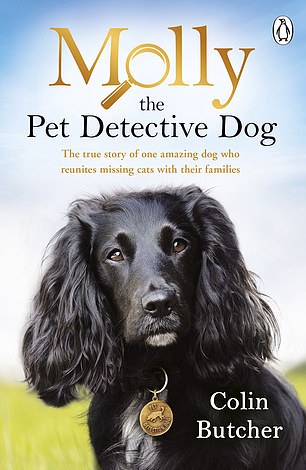 We all love a good detective story, and this one is crammed with clues as cocker spaniel Molly and her owner go on the trail of lost pets.

Molly’s extraordinary nose helps her recover a terrier stuck down a fox hole, a moggy that fell off a narrowboat and a Bengal pedigree puss in a golf bag. She’s a canine marvel, but, funnily enough, it’s the humans who supply the really heartwarming moments: the reunions with runaway pets will bring a lump to any throat.

One of the most touching episodes comes when Colin recruits Gracie, a 90-year-old resident at a nursing home, to help capture a cat living semi-wild in the grounds. As dedicated as any plain-clothes detective on a stakeout, Gracie sits up by her window half the night, phone in hand, until the cat is tempted out of hiding by a plate of whitebait.

‘It’s nice to feel wanted, for a change,’ declares Gracie. ‘I’m afraid you tend to feel a bit invisible when you get past 90.’ Being invisible, of course, is all part of a private eye’s job. 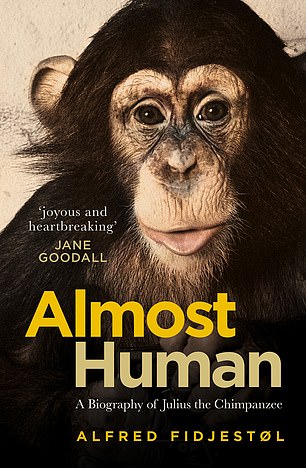 Forty years ago, chimps were regarded as comic creatures. They had tea parties at the zoo, nattered away with Cockney accents in adverts and starred in circuses. Today, those attitudes seem barbaric — but there are still chimps in captivity that were born into that world. One of these is Julius, raised by a zookeeper after his mother rejected him.

The infant Julius was impossibly cute, wearing a nappy and playing with the keeper’s daughters. Prone to nightmares, he often had to be cuddled to sleep.

But, as an adult strong enough to rip a door off its hinges, Julius is not at all cute. He is a wild animal in a cage, highly intelligent and often resentful of his captivity.

This extraordinary animal biography forces us to think about chimpanzees in a new light and raises an awkward question: if we are happy to regard ape babies as semi-human, shouldn’t we extend the same rights to these animals as adults?

Even in Hemingway’s Woods, Sometimes a Man Needs to Cry