Courtney Maum’s third novel (after “I Am Having So Much Fun Here Without You” and “Touch”) is narrated by a 15-year-old girl who is both enchanted and diminished by her charismatic mother, an American heiress who collects European art — and the artists themselves — during the rise of fascism in the late ’30s. The story may sound familiar, as this mother and daughter are inspired by historical figures: Peggy Guggenheim and her daughter, Pegeen.

Biography and fiction have a co-dependent, fraught relationship. Hilary Mantel hews as closely as possible to the known truth, while other writers, from Shakespeare to Doctorow, have played more lightly with the genders and geographies of their sources. In any novel based on real people who have been altered not-quite-beyond recognition, it can be hard to discern fact from fiction, and to know what liberties the author has taken. Guggenheim’s story is fascinating: In her early 20s, after her father went down with the Titanic, she moved from her native New York City to Paris, where she hung out in Montparnasse, posed for Man Ray, and befriended Duchamp and Brancusi, whose work she bought and promoted. A self-proclaimed “art addict,” Guggenheim was rumored to have “slept with 1,000 men,” including Samuel Beckett. She wore Poiret gowns, opened galleries, lent Djuna Barnes the summerhouse where she wrote “Nightwood.” Pegeen, Guggenheim’s daughter with her first husband, Laurence Vail, became a painter, and died of an overdose at 41.

Maum’s delightful book focuses on the period of Guggenheim’s life when impending war meant she had to get her art, and artists, out of Europe. (The Louvre refused to shelter her underappreciated collection of Cubist and Surrealist art during the Nazi occupation, while agreeing to store other gallerists’ Impressionist paintings.) The novel is written as a diary kept by Lara, whose mother, the heiress Leonora Calaway, brings her cohort of European artists to the Mexican jungle, where they nervously await the boat carrying their work and a grand piano, and taunt their patroness into letting go of the help: “He doesn’t believe in having servants,” Lara observes of one artist. “Says it makes him self-conscious about his art.” Maum devotes her attention to the overshadowed daughter, who develops a crush on Jack, a reclusive artist modeled after Brancusi, and makes line drawings of his bird sculptures in her diary. 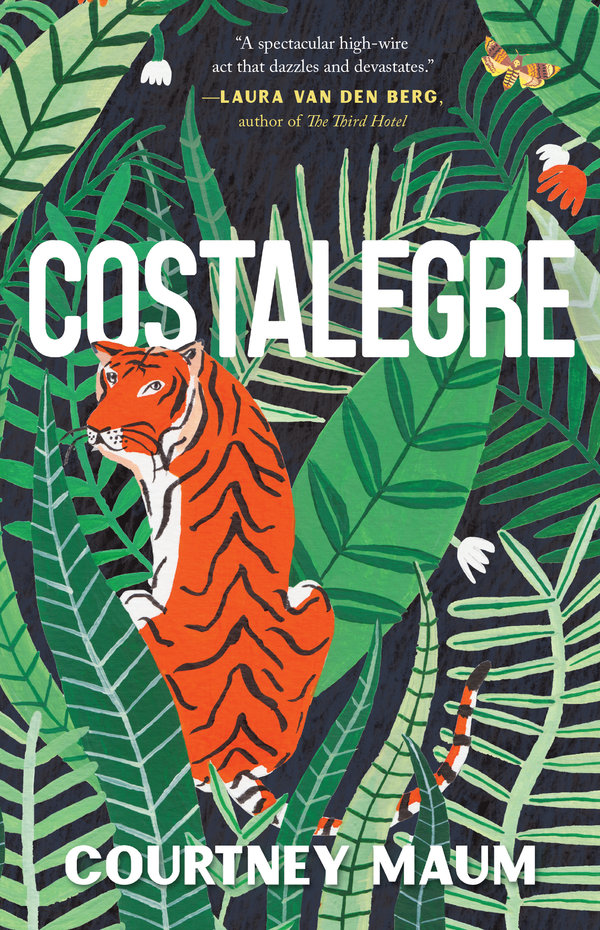 “There are already four pineapples and a dining chair floating in the pool,” Lara writes. “I tried to find mother to ask if she couldn’t bring back the cook … and perhaps also the maid.”

Lara’s attempts to both distinguish herself from her mother and gain her approval are touching. She’s plausibly 15, with lists of things she likes (her hair) and doesn’t (the Duchamp-inspired character and “War”).

If, as Gore Vidal once suggested, Peggy Guggenheim was like one of Henry James’s American heroines in Europe, then Maum’s imagined Lara is an adolescent Maisie, stuck “in the jungle without any schooling.” Her passion for Jack, who works best when people think he isn’t working, is tender. “Is it true that you want to be an artist?” he asks. “I would like to be something good,” she answers, perceiving that “he contemplated the whole of me. I even felt my toes pressing against the edge of my cloth shoes.”

If frustrations arise from Maum’s whimsical approach — Jack supposedly went to school with the Führer, and I found myself obsessively Googling “Hitler and Brancusi,” to little avail — it also provides satisfactions in the gentle comedy of artists in the jungle, who never doubt that the missing boat full of their paintings carries “the future of art history.” Of course, we now know that in real life the precious cargo arrived in New York Harbor, and that their grandiosity turned out to be prescient.

Ultimately, the historical backdrop falls away as the reader hears Lara confronting her painful love for her mother while speaking to Jack: “‘She wanted me with her, you know,’ I said, more loudly than I planned. ‘She did,’ I insisted, when he said nothing in reply. … ‘She’s not what people say about her. My mother … she believes that something could come of it. My art.’” It’s a testament to Maum’s writing that I found myself finishing the book with a sense of a young woman’s growth. In Lara, Maum has given a little-considered daughter a more hopeful future.

Mona Simpson is the author of “Anywhere but Here” and, most recently, “Casebook.”

8 Picture Books About Imagination and Identity

He Reported on Pakistan’s Volatile Politics. Then He Became a Story Himself.