ALL LARA’S WARS
By Wojciech Jagielski

The two wars that have taken place in the rebellious Russian province of Chechnya were in many ways the horrifying denouement of the Soviet Union’s collapse. Though confined to “a small corner of hell,” as Anna Politkovskaya, the late Russian journalist, called the place, the wars reverberate to this day.

Those reverberations — from Europe to Syria — are at the heart of a new book from Wojciech Jagielski, another journalist who, like Politkovskaya, has traversed the world’s darkest corners.

“All Lara’s Wars,” translated from the Polish by Antonia Lloyd-Jones, is Jagielski’s journalistic account of one woman’s journey from an improbably idyllic childhood in the mountains of Georgia — “there was no finer place on Earth” — through one conflict after another. “War was like a curse that had dogged her at every step, constantly reminding her of its presence and steadily robbing her of everything she loved or valued,” Jagielski writes.

The author of previous books on wars in Afghanistan and Uganda, Jagielski seems less interested in a historical inquiry of jihad than in an intimate account of the toll war exacts on one woman. At the same time, this is a book that in its way seeks to explain what unfolds each time a terrorist attack is carried out by a young Chechen immigrant, like the recent stabbing of a teacher in France.

“When I lost my husband, and then both my brothers were killed, I thought war was a man’s business, and women had no part in it,” Jagielski’s subject tells him. “But I refused to give up my sons. I was their mother; my right to them was greater.” 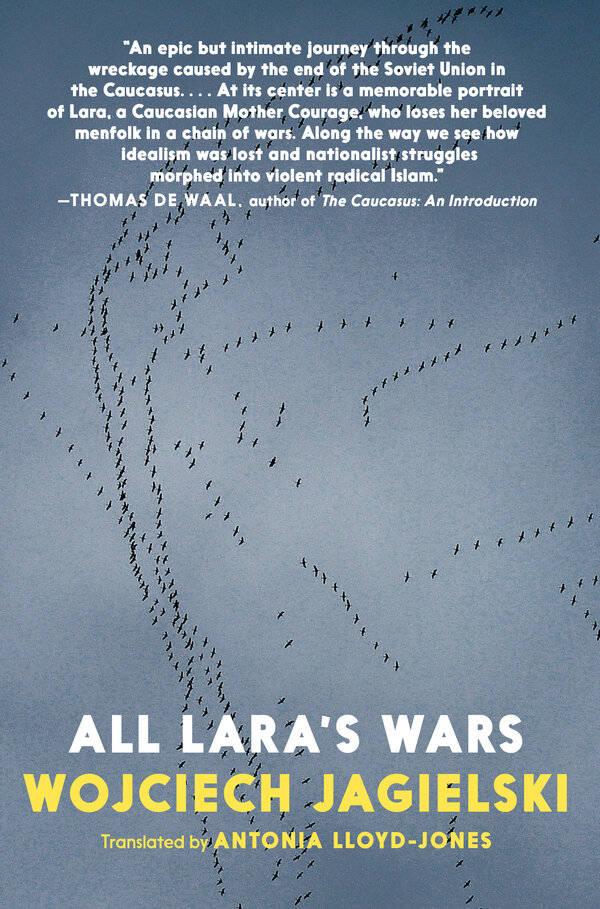 Lara (not her real name, we learn at the end) belongs to a small community, the Kists, who settled in Georgia’s remote Pankisi Gorge centuries ago. They are cousins of the Chechens, Muslims on the northern slope of the Caucasus who have long bristled under Russian rule.

As a girl she dreamed of becoming an actress; she graduated from high school and went on to study to become a teacher. On a summer break, she met and married a Chechen, moving to Chechnya’s capital, Grozny, which offered a more cosmopolitan life.

When the Soviet Union fell apart in 1991, Chechnya declared independence, and Russia eventually sent troops to wrest it back. With war at her doorstep, Lara fled to Georgia with her two sons. Her husband fled, too, finding asylum in an unnamed place in Europe that Jagielski simply refers to as the Alps. Lara thought she had found refuge. “Here, out of the way, the war would never reach them,” Jagielski writes. But it does.

The first Chechen war ended in stalemate in 1996, but when the region then descended into lawlessness, Russia’s first democratically elected president, Boris Yeltsin, in 1999 entrusted a young new prime minister to launch another military campaign. That man, Vladimir Putin, would prove to be a ruthless commander in chief.

Lara’s village became a staging ground for insurgent attacks across the border. Her sons, now teenagers, were beguiled by tales of the Chechen fighters and increasingly came under the sway of Islamic extremism. New mosques sprouted in the gorge, built with foreign money supporting holy war against the Russians. Lara’s two brothers, acting as guides for a notorious Chechen commander, Ruslan Gelayev, died in a Russian ambush.

Once reconnected, her husband summoned the boys to Europe, which gave her hope that they could escape the violence. But after building new lives there, the boys became alienated and then radicalized. When the oldest, here called Shamil, joined the civil war in Syria, becoming a deputy to a Chechen commander of the Islamic State, Lara embarked on a remarkable journey to bring him home.

Jagielski, for better or worse, seems to have embraced the reporting model of Ryszard Kapuscinski, the famed Polish journalist. Kapuscinksi crafted incredible tales but was dogged by accusations of confabulation. “All Lara’s Wars” is billed as a true story, but parts of it, as with Kapuscinksi’s work, strain credibility. Jagielski, for example, renders lengthy passages of dialogue that would be difficult for anyone to recall verbatim. In an afterword, he explains that he changed the name of the woman at the center of his story — and those of “most of the other people.” You have to take the author and the subjects at their word.

The story, though, is riveting. In the end, Lara says she doesn’t really know what radicalized her sons. Nor do we as readers, though there are clues: the glorification of armed resistance, the anomie of modern life, the venomous corruption of faith. She feels, perhaps unfairly, guilty.

Great Draft, Dad. I Have Some Notes.