THE PROMISE
By Damon Galgut

For three decades the South African writer Damon Galgut has been assessing his country through scrutiny of its white people. His prior novels include the Booker Prize finalist “The Good Doctor,” set at a clinic in one of apartheid’s forlorn “homelands,” and “The Impostor,” an account of a poet self-exiled to the lonely countryside. Galgut’s new work, “The Promise,” studies the Swart family, descendants of Voortrekker settlers, clinging to their farm amid tumultuous social and political change — “just an ordinary bunch of white South Africans,” he writes, “holding on, holding out.” Beginning in 1986, the novel moves toward the present, following Ma, Pa and the alliterative trio of Swart children: Anton, a military deserter and failed novelist; Astrid, a narcissistic housewife; and Amor, an introspective loner who eventually becomes a nurse.

“The Promise” adopts a protean tone, now menacing, now darkly mirthful. By its close, only one Swart will remain alive, and Galgut keeps a bead on mortality and the body; the chores of funeral directors are laid out in highly unsentimental detail, as are the bad smells of the living and the dead. Repeatedly Galgut invokes the motif of something bitter or rank buried at the “sour core” within both the Swarts and their country, and perhaps within existence itself: “a lie at the heart of everything,” “the stink of sacrifice at the center of the world.”

Starting with the accession of Nelson Mandela, the novel registers seismic rumbles of a changing South Africa. Yet white characters remain casually dismissive of Black people and their “unknowable lives”; everyone, Astrid muses, “just went on like before, except it was nicer because there was forgiveness and no more boycotts.” From the Swarts’ complacency emerges one thread of redemption, tied to a long-deferred promise — that the family’s servant, Salome, might inherit the modest house on the property that she lives in. Galgut deploys the unkept vow as a stand-in for white South Africa’s moral bankruptcy. 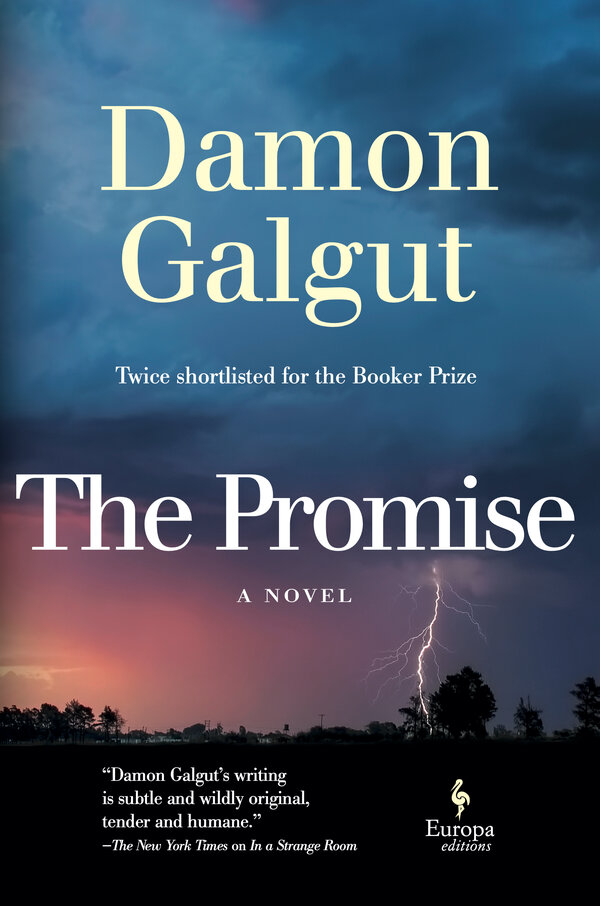 “The Promise” offers all the virtues of realist fiction, plus some extras. Galgut keeps the surface of his prose choppy, roiling it with diverse narrative tools: points of view that shift within paragraphs, or even sentences; cryptic rhetorical moves, including addressing the reader directly (“if Salome’s home hasn’t been mentioned before it’s because you have not asked”); scenes that blur together with no transition; and an intermittent metafictional patter (“The house is dark, except for floodlights fore and aft, note the nautical terms, illuminating the driveway and the lawn”). A reader can shrug it all off and focus on the family’s story, or take pleasure in a brash writer’s narrative norm-breaking.

The novel’s cinematic present tense and kaleidoscopic point of view create a mosaic of what everyone in the room is thinking at a given moment. The picture is anything but pretty, a veneer of civility barely hiding the barbed sibling resentments that surface following parental deaths. Don’t look for much hope in this novel. Its “negative and destructive power,” as one character says about the Swarts’ bad karma, is relentless. Death looms, with its merciful erasures. But before that, we get to watch the Swart family bottom out in despair and recrimination. And in the background, always, the mass of suffering South Africans — “a growing throng of the wasted and depleted and maimed, brandishing their wounds.”

Galgut’s writing has been likened to that of his older compatriot, J. M. Coetzee, whose novels distill apartheid’s violence in dark fables of devastation. Both writers’ themes lie where the political, spiritual and physical converge, the nightmare of racist violence suffused with the insistent neediness of the body. Coetzee is able to wring a grim existential exhilaration from the dire plights of his protagonists; gravity and poignancy surround their fates. In comparison, Galgut in “The Promise” is a gleeful satirist, mordantly skewering his characters’ fecklessness and hypocrisy.

Yet both writers deal in baleful prospects, and as the Swart siblings stumble toward dreary destinies, driven by “the sense of some old wound, the details forgotten but the injury not,” Galgut pursues a Coetzee-like vision of the human predicament, whose default condition is pain. Suffero ergo sum: I hurt, therefore I am.

Who Gets to Sit on the Supreme Court?